When you loose a bet…

I have a client who had a bet on the horses and lost. The forfeit is when he comes to see me to let me do whatever I want to him.

So when he messaged me to say his friend was going to contact me with the things he wanted done to him. I was think “oh what fun”. 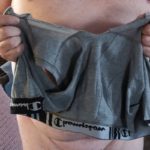 Leaving a mistress in total control… is that wise and one that is not afraid to do anything, I mean anything.

So I received  the message and the things that wee mentioned weren’t anything out of the normal as my client was a bit extreme anyway in our normal sessions.

So as the day drew closer I would get the odd nervous text to beg not to do anything outrageous because he had very important meetings the next day.

I wouldn’t reply to keep him guessing. As that’s what loosing a bet is all about. Its not supposed to be comfortable.

On the morning of the appointment (which was at 4:30pm) I had a very seriously worried man that was that nervous like he was about to do a buggee jump with a rope.

At that point I replied with “Don’t worry. Trust me”. I had only met him 2 times so saying that didn’t ease things but I found it hilarious.

When he turned up he approached my door like a sorry naughty dog with his tail between his legs. As he stepped into my hallway from the door way he didn’t say a word.

I put my hand out for him to place the tribute into it and then looked at the stairs for him to go up them to my entertinment floor.

As he stood at the top of the stairs waiting for me to join him he said in a very timid voice “what are you going to do to me?”

I looked into his eyes and said nothing and just ignored him. I walked straight pasted him as if he wasn’t there.

When I decided to speak I told him to get undressed apart from his under pants. Then i said “take them off and pass them to me”. This made him puzzled and a little confused.

As I held them in front of him. I got my scissors and cut them down the middle. “no” he said with a begging tone to his voice. “Why” I said “don’t you have another pair with you?”

He was booked into a hotel close by as he had a meeting for the next couple of days in the next town.

I walked to my widow, opened it and threw them out. “Now you don’t have any knickers, do you!!!”