When anyone looks at a person in uniform it shows that they admire the authority that they could put upon you.

It depends on the type of uniform as to how much authority they have but a female in uniform shows a different type of authority.

Female supremacy is the correct title she is worthy of. 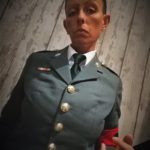 WRAC Original Uniform – Do As I Say Or Else….

The power has to be within her otherwise she will blend into the surroundings and no one will take a blind bit of notice.

She must stand proud of your sexuality as a woman, a proud powerful woman that if she wishes she could have any man at her beck and call.

Now a uniform doesn’t have to be anything of recognition. It could be just the way she decides to put her attire together. 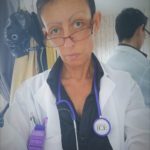 A Practitioner To Inspect Your Health

Too many media minds think heels are the top desire to see a woman in to look powerful but this is not always the case.

If a dominate female ozzes power within herself then she could be in leisurewear and trainers and the sub will still kneel at her feet and worship her because he is assured of her power and stature by the way she controls him.

Any mistress of recognition would not be in leisurewear and trainers if not at the gym. These garments have a time and place to worn and its not within session time.