Why Buy Used Condoms When New Ones Are Cheaper…….

I constantly have requested to buy used condoms off me. As the title quotes ‘Why Buy Used Condoms When New Ones Are Cheaper…….’

Which is very true. As I only state the obvious in many cases.

Now to me, a used condom is a condom that ha been taken out of the packet and used for whatever reason. 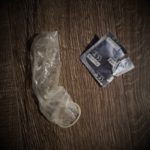 I understand to the purchaser that they are expecting DNA in the condom and I say be very careful with anyone that will sell you someone’s DNA.

For one thing that is breaking the rules of client confidentiality and how do you know that the person who used that condom hasn’t got some underlying STD.

So if anyone wants to buy a used condom off of me then yes buy all means I will but it will not have DNA of any living being.

I value the client confidentiality rule far too much to give it away at all.

If you want what you’re expecting to be in the condom then ask and I can accommodate a sub meeting for you so that it comes straight from the consenting adult.